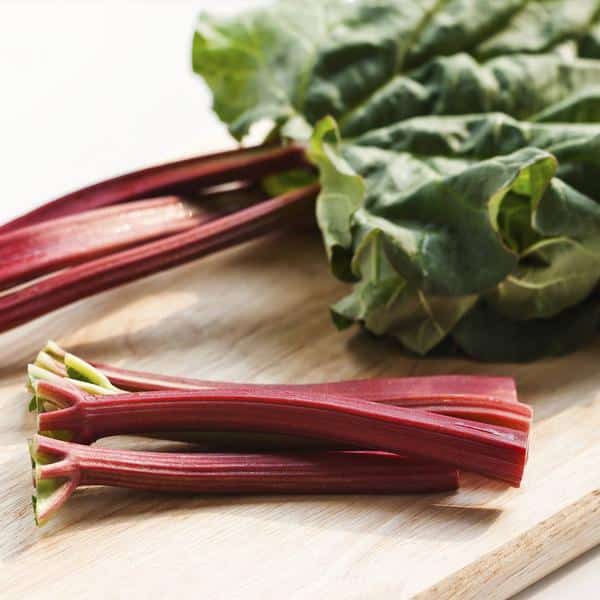 We visit farmers markets regularly throughout the winter, and though the offerings are always good, they’re limited compared to other times of the year. Of course, I love mid-winter staples like parsnips, winter squash and apples—but as soon as the first hint of spring is in the air, I anticipate the new produce. Truthfully only a few new vegetables arrive in March, but as the winter draws to an end, I’m excited about each new arrival.

For instance, we love the tender lettuces that make their debut in March. They are at their best when the weather is cool because they’re sensitive to heat. Late winter/early spring is the ideal time to toss them into your basket. Most farmers markets are happy to offer taste samples, so ask before buying if there’s one that you are not familiar with.

There are plenty of choices when it comes to greens in March, including arugula, all types of baby lettuce like spinach, and mesculun. We have two favorites—the first, which you can find in most areas, is watercress. This green has a spicy bite to it, especially some varieties, so sample before buying if you can. Typically, early leaves are less spicy but still flavorful; later in the spring; you might want to mix watercress with other greens if it’s too spicy for your taste. Watercress makes great salads, but it also works well to brighten up winter soups, such as lentil soup and beef stew.

Our other favorite green this time of year is mâche, also known as corn salad because it has a slightly sweet corn-like taste. You can use the very tender greens as the lone leaf in your salad bowl or mix it with other lettuce varieties. It also pairs very nicely with seafood. Try roasting a piece of fish, shrimp or scallops and serve it on top of a bed of mâche lightly dressed with olive oil and lemon juice.

Morel Mushrooms are part of the forager’s dream cuisine, morel mushrooms are identified by their honeycomb-like appearance. They’re a natural partner alongside other spring veggies, especially potatoes. This recipe combines the two to create a flavorful, warm morel mushroom and potato salad topped with chives and caraway seeds, creating a comforting side for a party or dinner at home.

Peas, Is there any veggie more stereotypically spring than garden peas? Peas are a frequent ingredient of Primavera, a pasta dish that literally translates from several romantic languages meaning “spring.” For a dish that tastes like spring and smells like Italy, try this beloved Primavera recipe from the New York Times.

Rhubarb is another newcomer to the market in March. We love to whip up a batch of rhubarb ketchup and keep it in the refrigerator throughout the spring. It’s a little more tart than regular ketchup and can be used on a larger variety of foods, including roasted vegetables, veggie burgers, all types of meats, chicken and scallops. We don’t use a precise recipe so each batch is slightly different. Basically, we chop an onion and a few stalks of rhubarb and combine them with a large pinch of cinnamon, a couple teaspoons of molasses, about 1/2 teaspoon of salt, a couple tablespoons of water and a tablespoon or two of sugar in a medium pot. Bring the mixture to a simmer and let it cook for about 30 minutes, stirring regularly. After cooking, taste to adjust the seasonings. The result is unique and delicious ketchup!

Radishes are another great pick this time of year. They come in a large variety of colors, shapes, sizes and flavors. Look for Cherry Belle, Easter Egg and Champion, which are three of our spring favorites. A simple way to prepare radishes is to slice them thinly and dress them with seasoned rice wine vinegar, olive oil, a pinch of salt and black pepper to taste. Try this preparation, enjoy them plain (they’re a great snack food served with low-fat dip), mix them in with other vegetables (add slices to a salad, for example) or use them as a condiment to many foods.